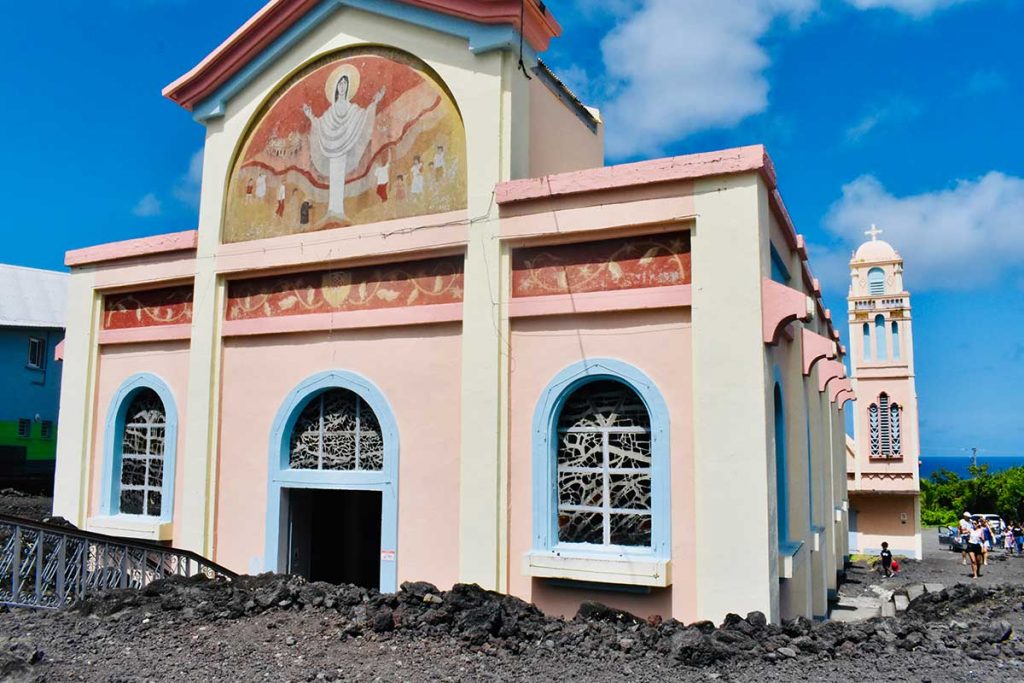 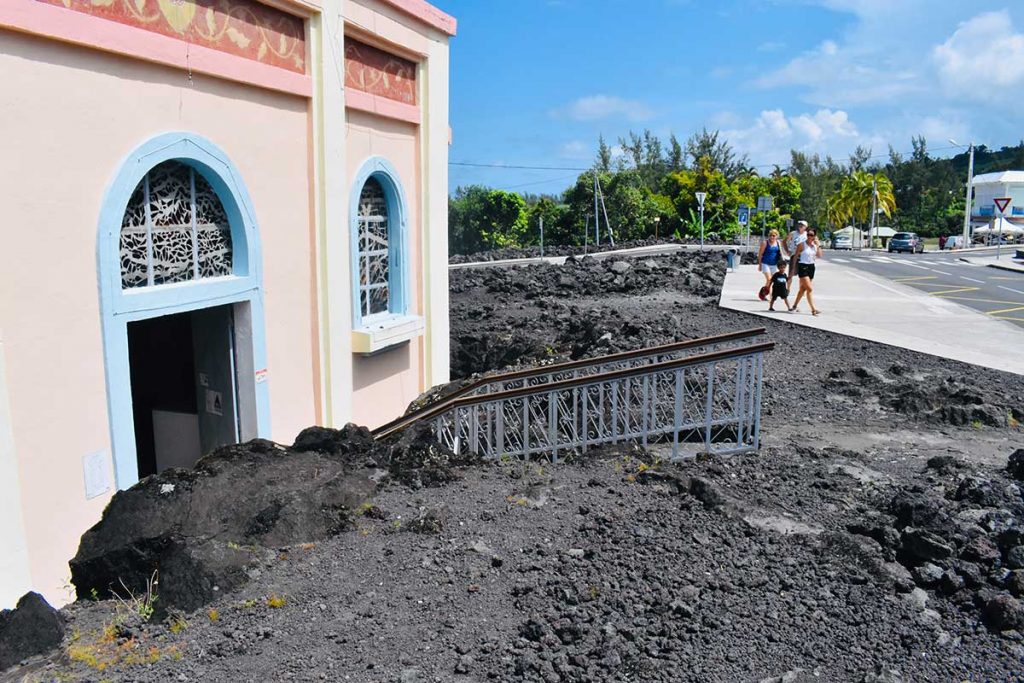 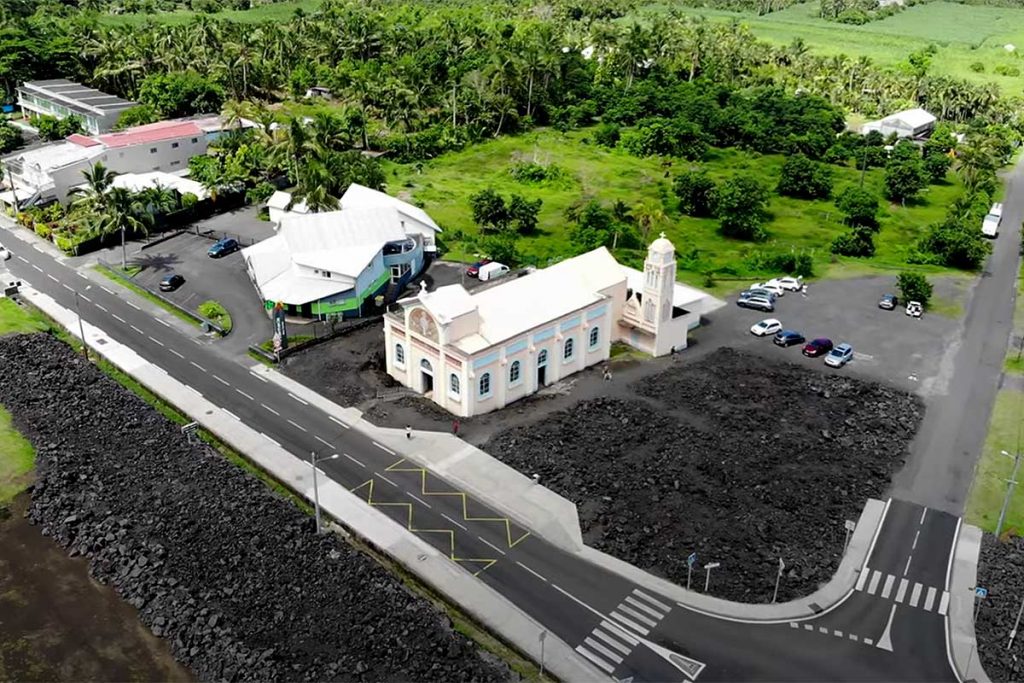 Our Lady of Laves

Catholic church located east of Reunion Island, Notre-Dame-des-Laves belongs to the municipality of Sainte-Rose. Built in 1927, it first bore the name of the Infant Jesus of Prague, all the Reunionese of Sainte-Rose and the surrounding area attended Sunday mass. The building becoming too small to be able to accommodate all its parishioners, an extension was completed in 1935. All the faithful could finally fully benefit from the religious services.

On the night of January 26-27, 1948, a cyclone hit the island hard. The violence of winds exceeding 300 km / h ravages infrastructure and homes. The Notre-Dame-des-Laves church is completely destroyed. It will be rebuilt in 1952 to the great relief of the Sainte-Rosiens and Sainte-Rosiennes.

On March 24, 1977, the Piton de la Fournaise wakes up. Lava leaps from a crack in the Dolomieu crater for several hours. Between April 5 and April 16, other cracks appeared letting the lava flow spread, more than 1,500 inhabitants were evacuated from the danger zone and patiently awaited their fate. On April 13, the Church must face another natural element. The burning lava ventures onto its square, completely encircles it, incinerates the door and stops its course at the entrance to the nave.

The power of the molten lava should have ignited the edifice, but it did not happen. A miracle took place that day and the church was renamed Notre-Dame-des-Laves. Of course, some work was necessary for its rehabilitation, in particular the floor and the stained glass windows which exploded under the effect of the heat, but it remains nonetheless a miracle.

For more than visits to Reunion consult our interactive map of Réunion.


This aerial drone shot of the church of our lady of lava in Saint-Roses, gives you an overview of the place, of the church of Notre dame des laves, of the lava flow of 1977 as well as of the national road .

Our Lady of Laves 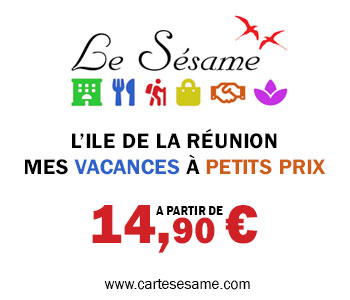 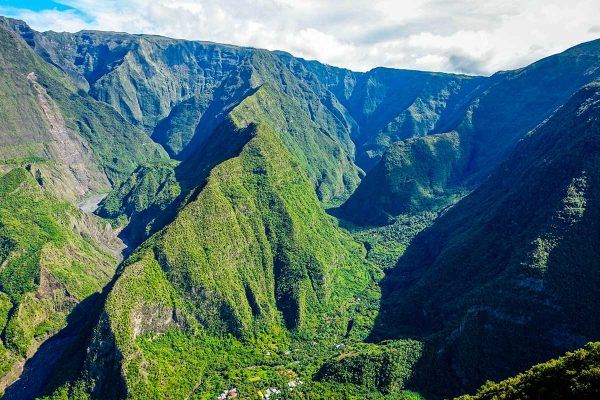 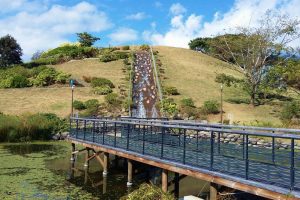 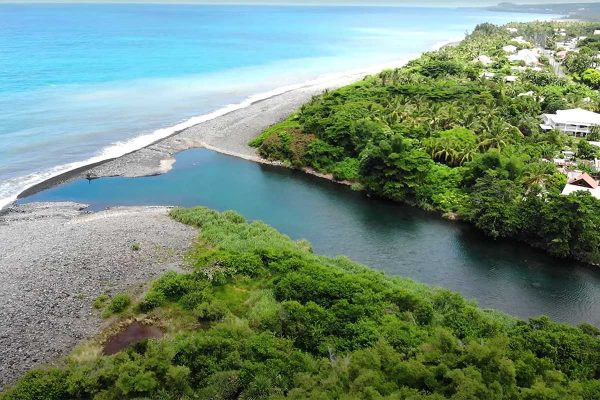 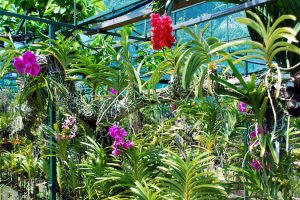 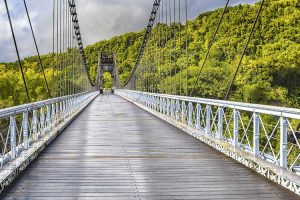